Select a Country or Region

It’s hard to make things out in the dark – meaning our eyes have to work overtime. Many people find it tiring to see clearly at night or in low light; some would even say they suffer from night blindness. Lenses that feature ZEISS i.Scription technology can help improve vision in low light conditions, thus providing crisper, clearer vision at night and in low light, reduced glare effects, more vibrant colours and improved contrast perception – even when driving at night.

Come evening, our eyes are normally pretty tired from everything we put them through during the day. If people also feel like they have to contend with night blindness, this can quickly lead to eyestrain – and not just when they’re behind the wheel. Light beams, for instance from street lamps, reflections like those in shop windows, and generally poor vision often compromise visibility. This causes many people to feel restricted or unsafe, making them less keen on being outdoors at night during the winter. Informally, people then often talk about what’s known as night blindness. This is what happens when the eyes don’t work at their best during the night, meaning people see things differently than they do during the day. Vision problems that go unnoticed during the day can therefore quickly become a hindrance in poor light.

How can we solve this problem? One solution are lenses that feature i.Scription® technology. They take into account vision problems that have thus far gone unnoticed in the lens design and deliver crisper, higher-contrast, more brilliant vision – particularly at night and in low light. They allow many people who wear glasses to see better and, thanks to their much more comfortable visual perception, mean people quickly feel comfortable with their first pair of glasses. 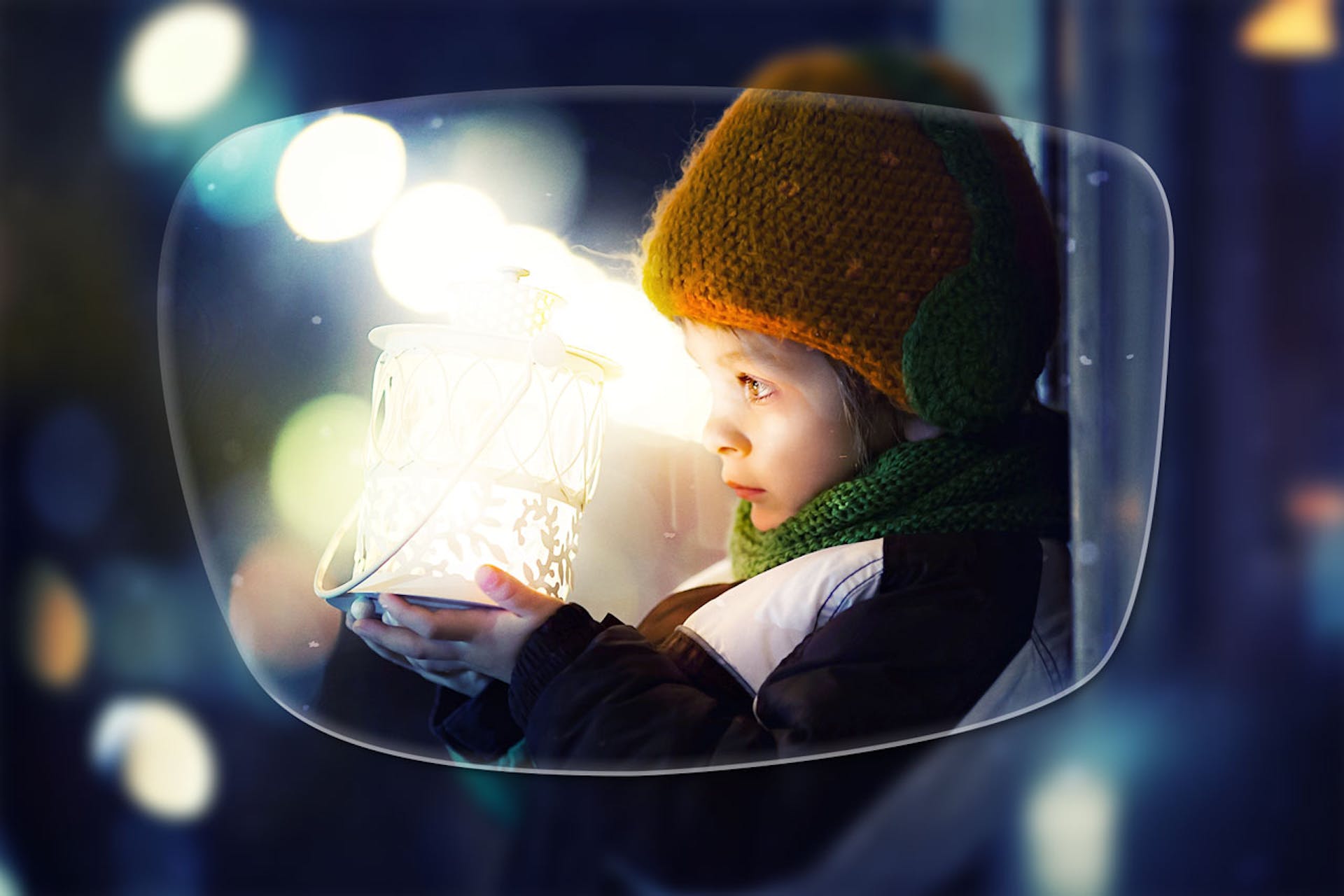 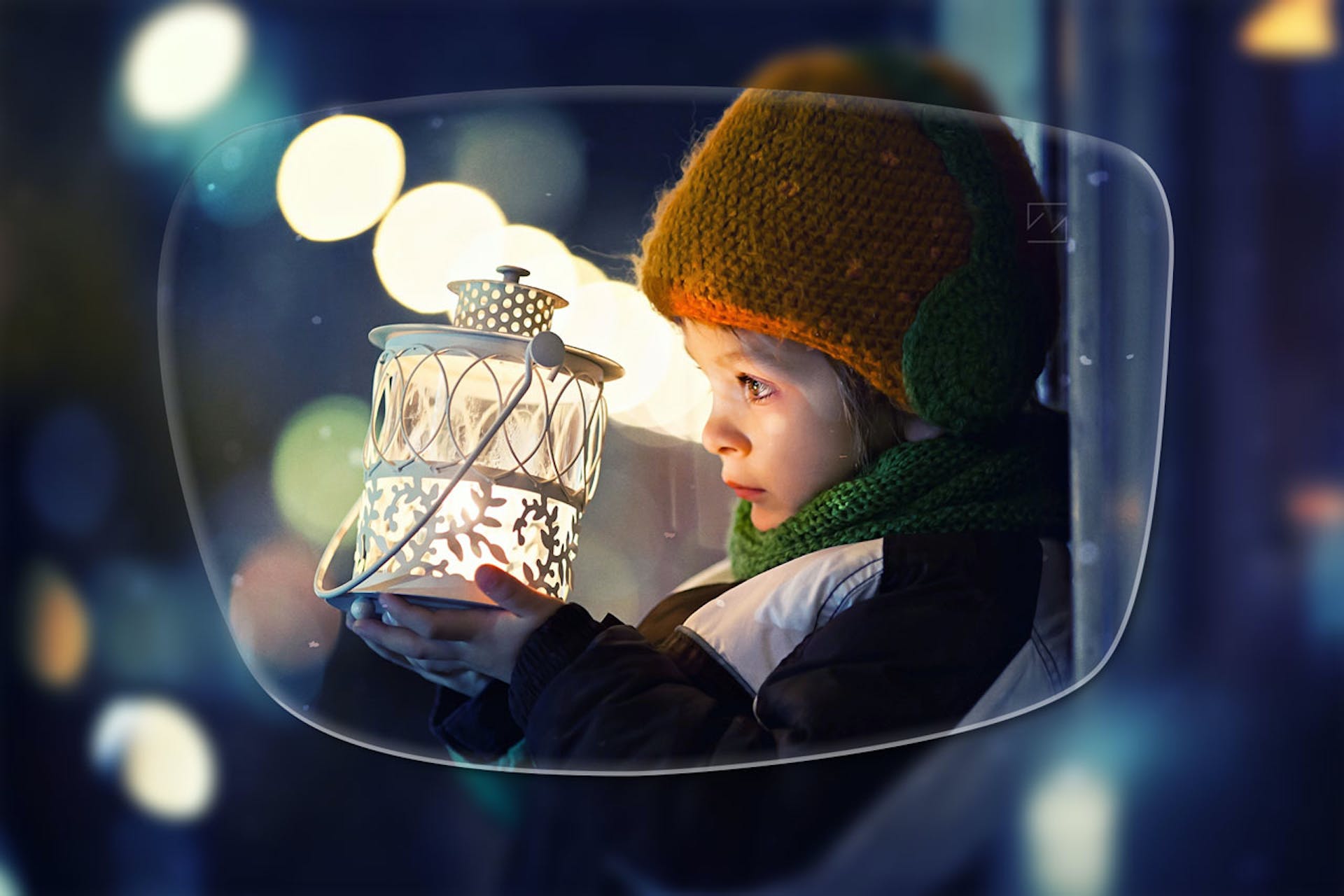 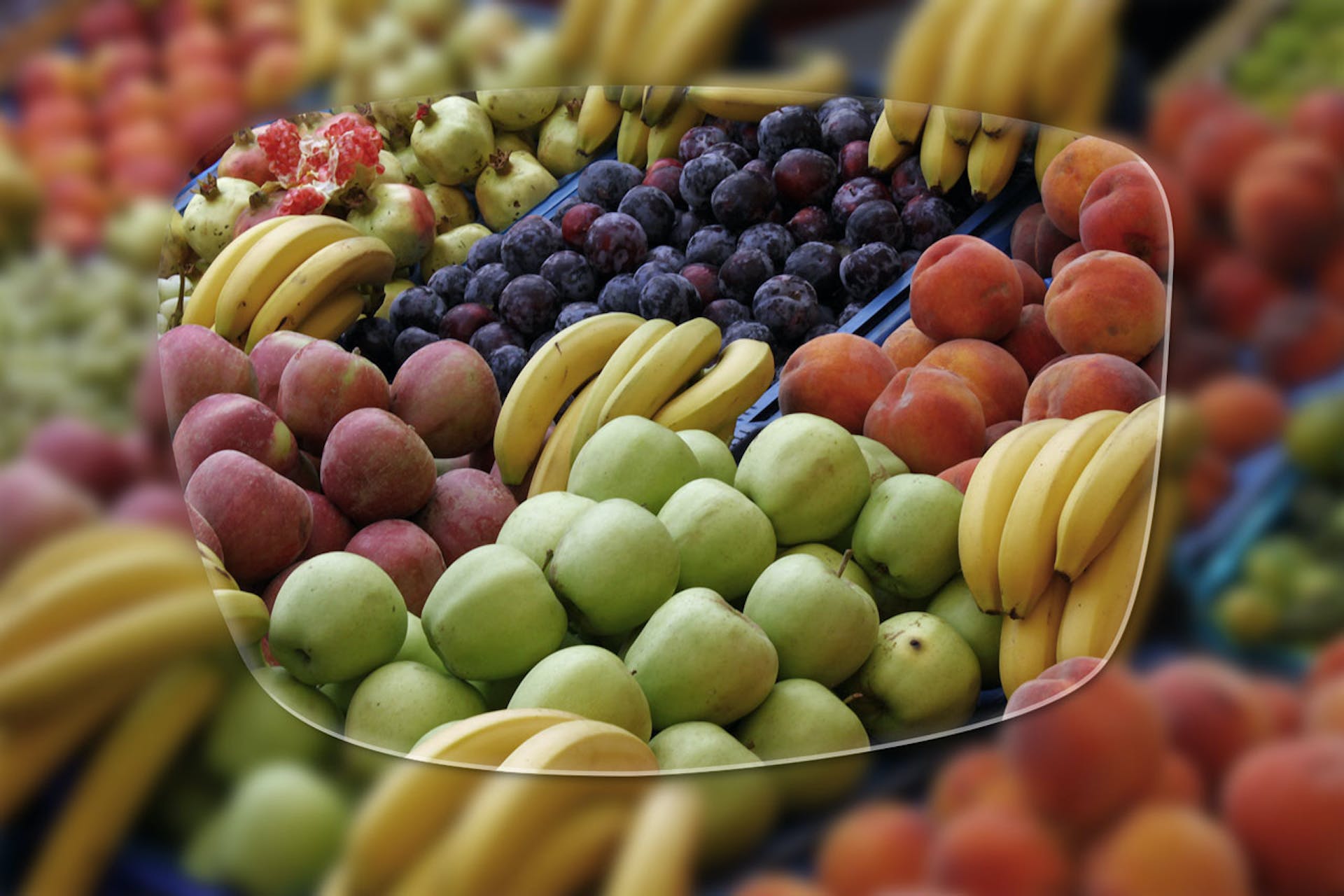 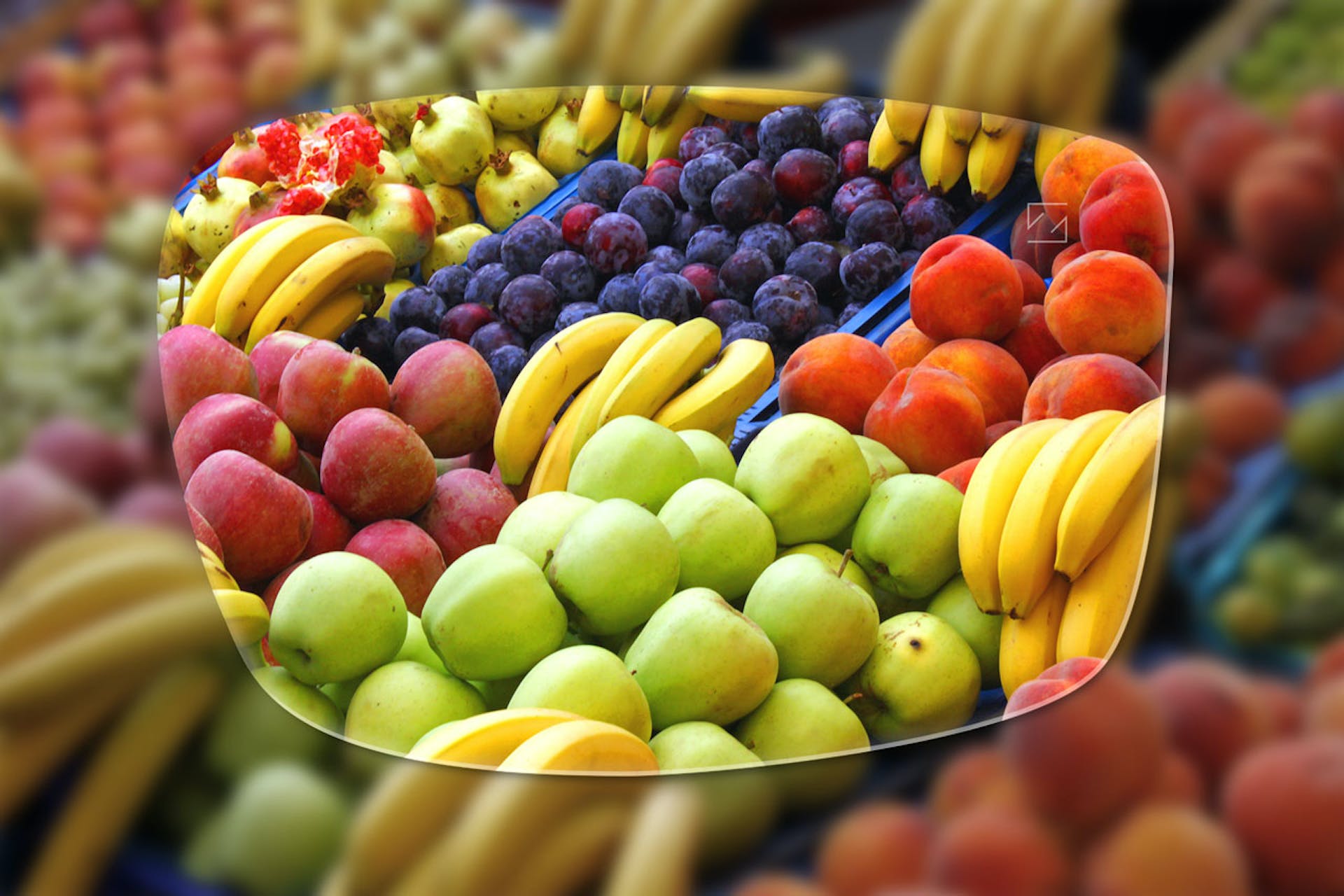 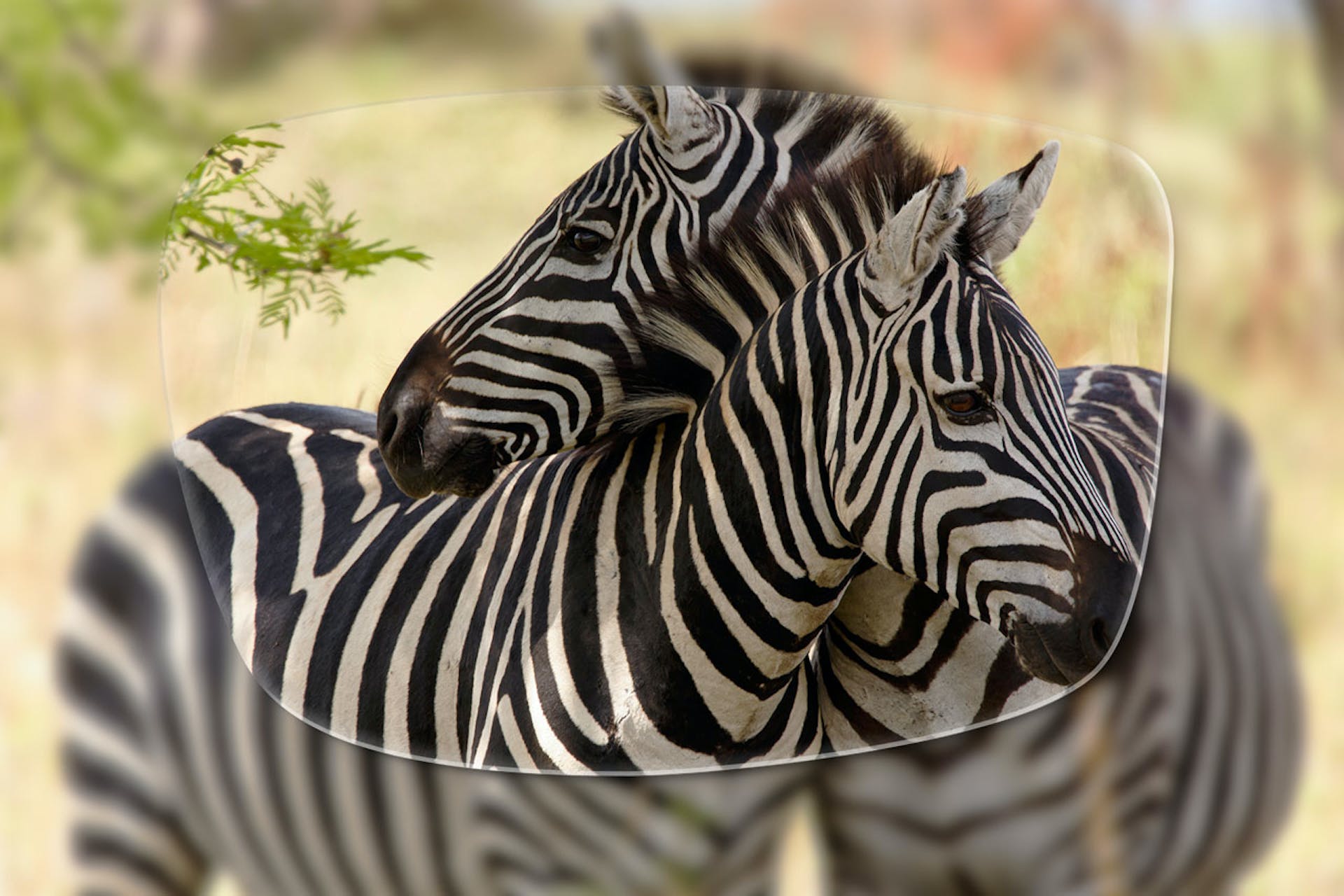 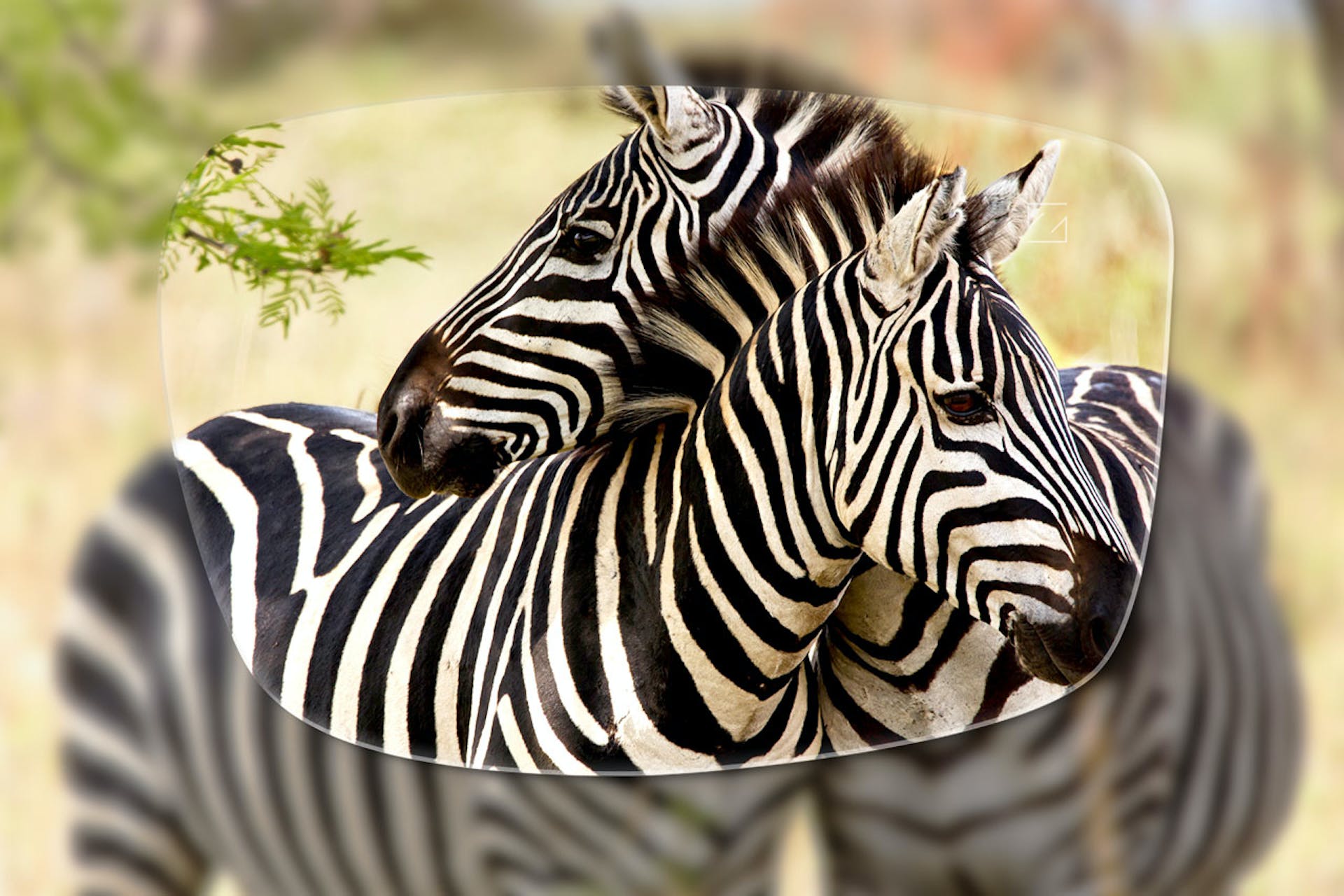 Conventional eye tests at the optician’s or at the hospital are based on what people who wear glasses can actually see. To manufacture lenses with ZEISS i.Scription technology, your eyes are analysed through subjective refraction and by using a special computer-controlled measuring system: the ZEISS i.Profilerplus. Unlike with standard procedures, this lens also measures your vision when your eyes are dilated as “night pupils” and, with the help of wavefront technology, generates a comprehensive, individual vision profile. While that may sound complicated, it’s actually quite simple: when using wavefront technology, light waves (the “wavefront”) are cast on the eye, and the reflections of these waves are measured using tiny sensors. This helps determine all the individual features of your eyes. A milestone in eye analysis. During the day, the pupils are smaller as more light enters the eyes. But during the night, they’re more dilated. Conventional measuring equipment can only analyse the eyes during the day. The problem is, the way the iris changes during the night cannot be taken into account in the lens design – the enlarged iris results in a lower depth of focus, and vision problems in the peripheral zones of the now larger pupil are added to the vision problems that can be measured when the pupils are small. So wearing conventional lenses may mean you don’t see clearly when your pupils are dilated.

This is confirmed by optometrist Jürgen Jainta from Optiker Schütz in Pforzheim, Germany, who is a big fan of this innovation. He’s convinced that only the ZEISS i.Profilerplus can help him and his colleagues really determine whether a patient’s vision during the day – i.e. with smaller pupils – is the same as it is during the night with dilated pupils.

The ZEISS i.Profiler plus can measure over 1,500 reference points per eye in just 60 seconds.

In addition to the standard tests, which generally only measure the strength of vision during the day and at high contrast, an analysis using the ZEISS i.Profilerplus also takes into account changes in light, contrast, reflections and colours. This allows an assessment of a person’s visual acuity under different lighting conditions and contrasts. It’s as detailed as a fingerprint, but in practice a brief look at the system reveals all: the ZEISS i.Profilerplus uses wavefront technology via infrared light to generate a point of light on the retina analyses the optical characteristics of the patient’s eyes. The light is subject to different deviations for each person and these are used to create a precise image of the eye and its properties. This ensures that typical visual defects (e.g. short- and long-sightedness) are identified accurately as well as any higher-order aberrations – defects which significantly influence your vision at night and at twilight. Many of these vision problems cannot be detected using conventional measuring processes, such as spherical aberrations: rays of light are more strongly refracted at the edge of a lens than in the centre, which results in reduced contrast. Another higher-order aberration is the asymmetry error, whereby the rays of light are refracted in such a way that they create something like a light tail. If left untreated, both problems can result in poor vision in low light or at night.

In short, a test that combines classic subjective and objective refraction with the ZEISS i.Profilerplus takes into account all the aspects related to vision. What’s more, while the first systems of its kind were only capable of analysing a few sections of the eye, the ZEISS i.Profilerplus can measure over 1,500 reference points per eye in just 60 seconds.

Optometrist Jainta says: “We can use the measurement data to figure out how night vision can be improved. For instance, we can see that someone who wears glasses and is short-sighted with a dioptre of minus 1.5 in a test performed during the day actually needs a dioptre of minus 2.0 when their pupils are dilated to be able to see more clearly and in higher contrast at night.”

This results in a kind of optical map of the eyes – with plenty of information, which can improve night vision in particular. Uncorrected vision problems are a disadvantage, especially in poor visibility. Then again, if previously undetected vision problems are identified and corrected with a pair of glasses, this can result in better vision for wearers with low-grade night blindness or poor vision at night.

Once a precise, comprehensive eye analysis has been performed using the ZEISS i.Profilerplus, the result is “transferred” to the lens design using the innovative ZEISS i.Scription technology. Thanks to the patented lens design technique* and the information collected in addition to subjective refraction, lenses with i.Scription® technology can now be designed more in line with the wearer’s eyes. This makes it possible to precisely determine a prescription in increments of hundredths (i.e. 0.01) dioptres. By way of comparison: increments of quarter (i.e. 0.25) dioptres are used for conventional lenses – making the measurement 25 times more precise. The technology enables the manufacture of precision lenses with the best possible corrective properties. These help enhance visual comfort, not only for wearers with low-grade night blindness, and provide a greater sense of security in poor light. Thanks to their highly customized parameters, these special lenses also enable crisper, more relaxed vision during the day, as well as enhanced spatial awareness, greater contrast and greater colour perception. In other words, it’s perfect for all those who wear glasses and feel they suffer from night blindness, low-grade night blindness or simply want to feel relaxed at night, in poor light and even during the day.

Optometrist Heinrich Raub on his experiences using ZEISS i.Scription: “Progressive lenses in particular boast considerably enhanced performance thanks to i.Scription® technology. This more precise way of determining your values will result in greater comfort when reading at close range, and larger vision zones at a distance.”

ZEISS i.Scription technology can also be found in our ZEISS DriveSafe driving lenses. These lenses were developed specially for driving – during the day and night – and improve both sharpness and contrast, enhance vision in unpleasant weather and reduce any distortions within the lens periphery – particularly with progressive lenses. The end result: you can enjoy better vision and can more precisely judge viewing distances in stressful driving situations, e.g. at night or in the rain, fog or snow.

Want to know more about the unique vision we can deliver? Whether you need single vision or progressive lenses with i.Scription® technology from ZEISS, simply get in touch with your optician – they’ll be happy to help.

Contact lens wearers can now also take advantage of an analysis performed using the i.Profiler®plus. The system determines the geometry of the cornea so precisely that your optician can recommend the perfect contact lenses for you and adjust them more precisely than ever before.

Check Your Vision Profile Now!
The best glasses for driving – reach your destination safely Customised lenses won’t only improve poor vision, it will also increase road safety. Here’s what you should know before getting driving glasses.